The pink Night of the children

On June, the 26th, 2016 it will be held the "Pink Night for Children" with shows, ludobus, jugglers, clowns, superheroes: the promenade in Tortoreto will become a kind of "Miracle Meadow"! Do not miss the date! Take your family on holiday in one of the most appreciated bathing resorts in Abruzzo!

Organized by the "Together Onlus" Tortoreto, the essay contest has the theme: "To know and love Abruzzo: history, traditions, art and culture" in the race with the categories of "Poetry" and "Fiction". Several appointments related to the prize photographic exhibitions, cultural meetings and conferences, ... that surround the award for over 10 years.

As every year in August comes the traditional appointment with the summer carnival of ALBA ADRIATICA. A few steps from Tortoreto, the promenade of Alba Adriatica will be overrun by allegorical floats and masks of all kinds, coming from the most important carnivals in Italy and from local groups that participate in the competition "The Golden Mask". The association Albamici, organizer of the event, is already busy for some time to realize the fifth collection of costumes, whose theme will be revealed only a few days before the evening dedicated to disguises. 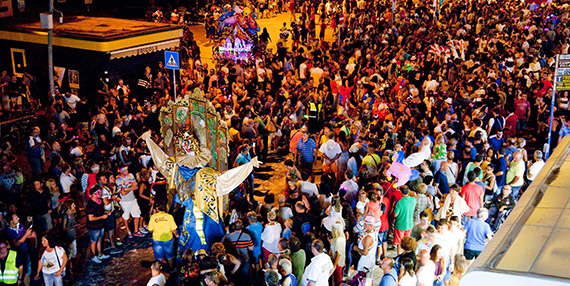 Madonna on the sea - Feast of the Assumption

Famous manifestation of Tortoreto is the feast of the Assumption, which is held on the occasion of a procession in the sea between the towns of Giulianova and Tortoreto. In parallel with the procession there are numerous activities and shows how parallel the race of "Sand Castles", concerts and raffle.

he prize sees clash, in the presence of Baron Tortoreto, Robert of Turturitus, the two districts of Newfoundland and Terravecchia including through tests of strength and skill, it was the first to win the Drape of Victory. 500 people including ladies, knights, journeyman, flag wavers and falconers have brought the village back to 1200, wowing visitors present, including many tourists. The highlight of the evening was reached later with the fire of the tower, which, thanks to a precise game of fireworks that light up the square in front of magically making everything perfect. 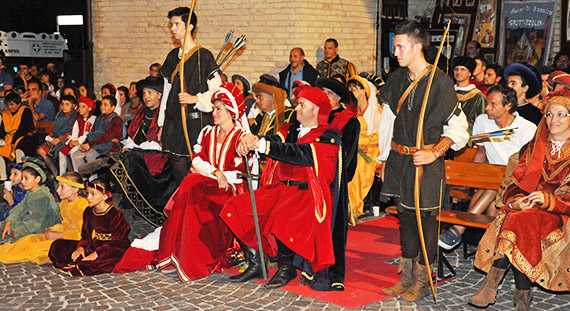 We are proud to be the first place of approval on Tripadvisor!

For the first time we stayed at this hotel ourselves very well. The room was spacious and clean, great the restaurant from breakfast to the first and second with tasty and abundant dishes (delicious all kinds of fish cooked) and quality...

Excellent in everything. Welcome, sympathy, cleanliness, quality and variety of dishes are some of the good features of this hotel. Very useful free bike service. Nice and organized the private beach (in the price).

For the fifth year we returned to the hotel Venice, my opinion and my family has not changed! All just perfect! Family atmosphere, Tony, Nicoletta and Grandpa Horace Pamper us with our every request. And what about the...

I stayed a week in June this year (2017) along with my son. I really have to congratulate the owner and all the staff for making the holiday very pleasant. The availability, friendliness and services offered...